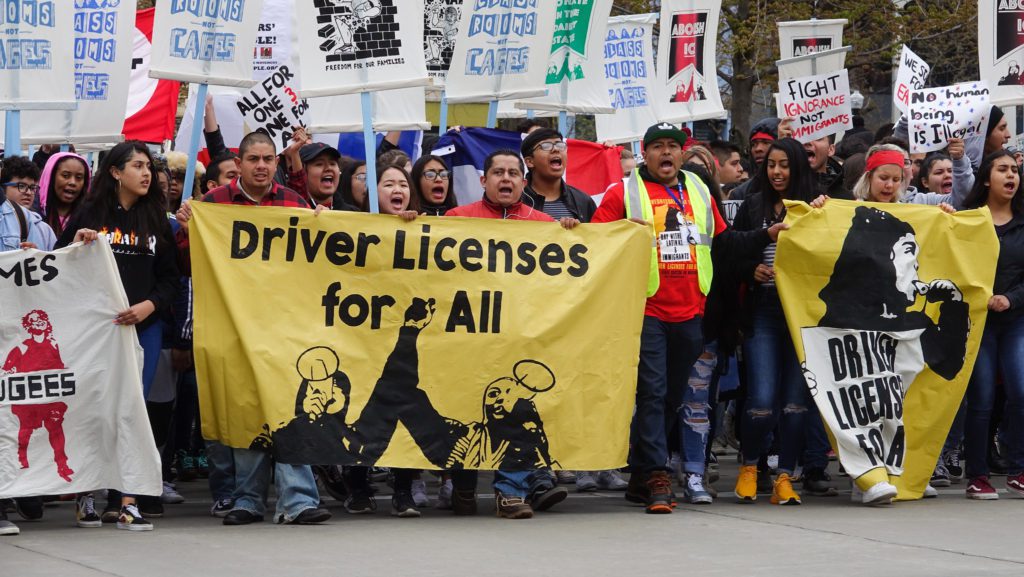 MILWAUKEE – On Thursday afternoon, the Wisconsin state legislature’s Joint Finance Committee voted along party lines to remove many so-called “non-fiscal” provisions from Governor Evers’ proposed budget, including measures to restore access to driver licenses and in-state tuition at public colleges to immigrants in Wisconsin. All Republicans voted to removed licenses and in-state, and all Democrats voted against. Voces de la Frontera released the following statement in response:

“The justification given by the Republican leadership on the Joint Finance Committee to remove these pro-immigrant provisions because they are ‘non-fiscal’ items is false,” said Christine Neumann-Ortiz, Executive Director of Voces de la Frontera. “Investing in driver licenses and educational opportunities for Wisconsin’s youth will help our economy grow. The May 1st Day Without Latinxs & Immigrants community-wide strike showed that there is broad support for restoring in-state tuition and driver licenses for immigrants in Wisconsin. We are committed to building on that bipartisan community support and working with legislators from both parties, business associations, and the grassroots throughout the state to ensure that these measures get passed this year as standalone bills.”