Administrative Assistant to the Executive Director:

Voces de la Frontera is a statewide membership based community organization led by low-wage workers, immigrants and multiracial youth whose mission is to protect and expand civil rights and workers’ rights through leadership development, community organizing and empowerment.

Ms. Neumann-Ortiz serves on the board of a national coalition of the Fair Immigration Reform Movement (FIRM).

She was named by The Huffington Post in its list of “50 Young Progressive Activists Who Are Changing America”, and has received numerous awards including the Community Change Champion Award for Community Organizing and Leadership from The Center for Community Change and the Equal Justice Medal by Legal Aid Society of Milwaukee. 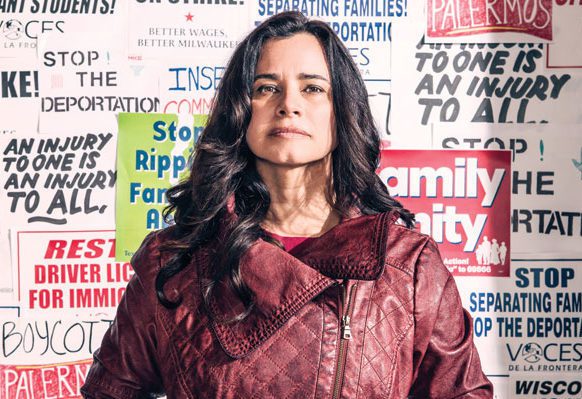 In August 2020, she was recognized by USA Today as one of the ten “Women of the Century” in Wisconsin and she was also awarded the 2020 NEA César Chávez Acción y Compromiso Human and Civil Rights Award.

Through her leadership, Voces has grown from a small, grassroots worker center to a state and national leader in the immigrant rights movement. In 2016, The Nation magazine awarded Voces for “Most Valuable Strategy” in honor of the February 18th Day without Latinos & Immigrants statewide general strike, which defeated a state anti-sanctuary bill. In 2012, The Nation named Voces the “Most Valuable Grassroots Organization” in the country. In 2009, the Wisconsin State Assembly recognized Voces for its role in achieving passage of in-state tuition rights for immigrant students as part of the 2009-2011 state budget.