You are here: Home › News › Voces Calls on Fire and Police Commission to Bar Police Assistance to Federal Immigration Agents without a Judicial Warrant 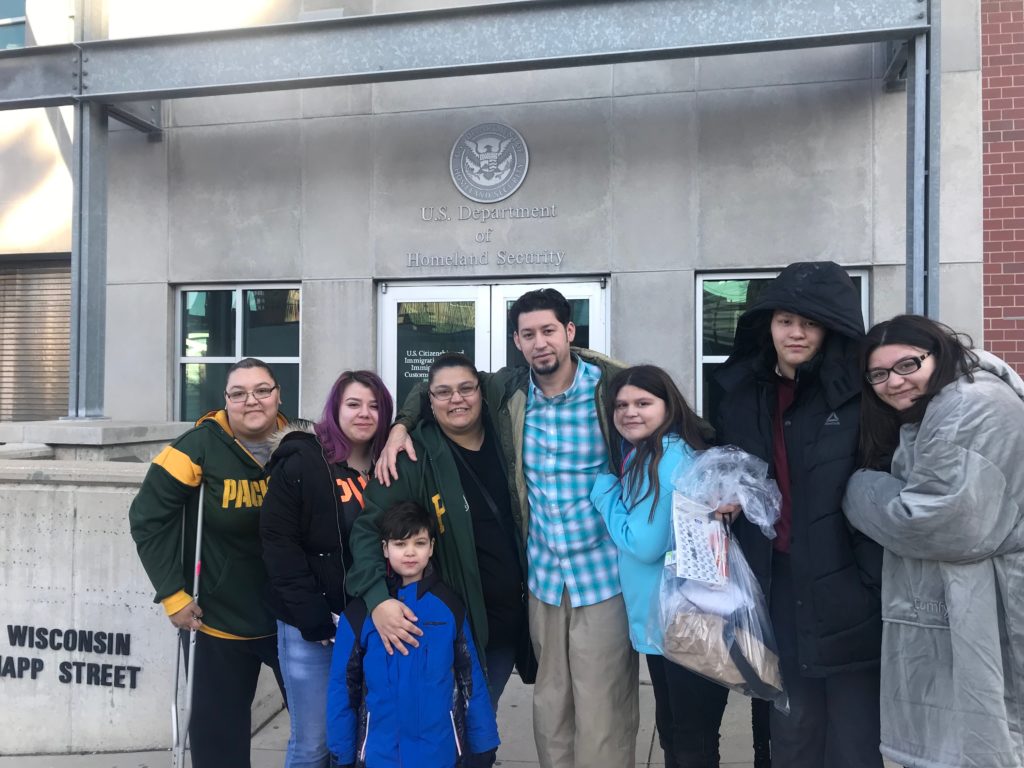 Milwaukee, WI- Voces de la Frontera and over a dozen organizations call on the Milwaukee Fire and Police Commission (FPC) Policy Committee to amend the Milwaukee Police Department (MPD) Policy of Immigration (SOP 130) at their meeting on Thursday at Milwaukee City Hall at 4pm. Voces and its partners want to end MPD’s practice of cooperating with federal immigration agents in unjust detentions and deportations.

An amended policy proposed by the coalition will allow MPD to perform its public safety duties while also fostering trust within the diverse community it serves. Additionally, the policy will keep families together, build trust in law enforcement, and promote greater public safety in the City of Milwaukee.

Advocates cite the case of long-time Milwaukee resident Jose de la Cruz, who was released on bail Wednesday, December 11, after spending 79 days in jail. He was arrested by MPD and handed to Immigration and Customs Enforcement (ICE) agents on September 23, 2019. He was his car in front of his home at the time with his wife and three daughters. The family was on their way to drop their children off at school. The entire incident was recorded on camera and shows MPD making the arrest.

“It is undeniable from video recordings of the arrest that the MPD collaborates with ICE to break up families,” said Christine Neumann-Ortiz, Executive Director of Voces de la Frontera. “Current policy allows ICE to terrorize immigrants in cooperation with the police. This undermines public safety by making all immigrants wary of the police and tears apart families. We need a police standard of non-cooperation with ICE unless there is a judicial warrant.”

Kristine De la Cruz, Jose’s wife, said of the September incident, “It hurts me so much when I think of the girls in the car screaming for their daddy, unable to hug him goodbye, as he was taken from our lives.”

Jose de la Cruz added, “It was a traumatizing experience to see your kids crying and they’re tearing your family apart and there is nothing that you can do. On top of that, you’re surrounded by all these agents, and Milwaukee Police come and harass you telling you that if you don’t get out of (the car) they’re going to do things to your family and there’s nothing you can do about it. It’s horrible.”

Regarding the recommended changes to MPD procedure, Kristine de la Cruz pleaded, “Please support this policy because the things that have happened to my family, I don’t wish on any other family.”

Voces de la Frontera calls on community members to attend the public hearing at Milwaukee City Hall Thursday, Dec. 12, 2019, at 4:00 pm to urge the Fire and Police Commission to prohibit unnecessary and unjust entanglement between police and ICE.

Link to recorded footage from inside the vehicle during arrest