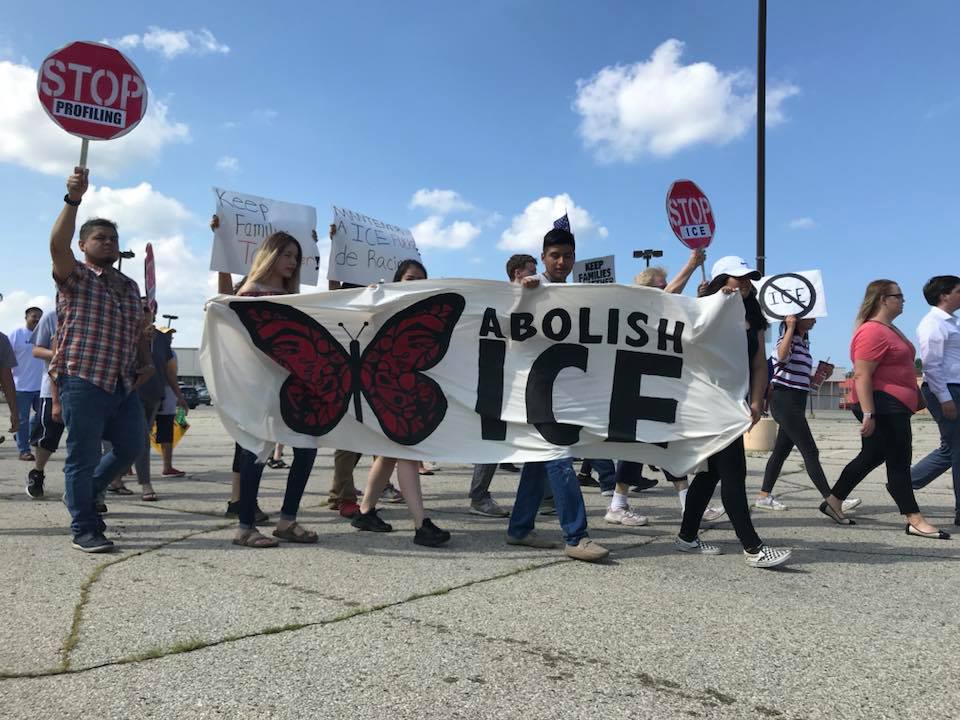 Racine, WI — On Monday, in response to ongoing protests against Immigration and Customs Enforcement (ICE) arrests in Racine, Racine County Sheriff Christopher Schmaling released a disturbing statement defending his office’s collaboration in deportations and the separation of immigrant families through compliance with warrantless ICE detainer requests. In a move recalling some of history’s most appalling episodes, Schmaling posted to Facebook the names and pictures of ten Latino men charged with crimes and whom he said ICE had asked him to hand over for deportation. Racine immigrant community members and supporters have held ongoing protests against ICE’s presence in Racine since ICE detained immigrant activist Ricado Fierro on July 24th, and then detained at least 6 other immigrant community members in the weeks after. In response to Sheriff Schmaling, Voces de la Frontera issued the following statement:

“The Sheriff is stigmatizing and criminalizing our community,” said Tony Ramirez, a Voces de la Frontera member from Racine. “People are frightened right now. I know families who do not want to drive to work because they are afraid they will be stopped and deported. There are rumors almost daily of ICE targeting restaurants and community gathering spots. That’s why we are organizing to say ICE out of Racine. Racine is a tight-knit, loving community. I have lived in other cities, and the neighborly love I feel in Racine is different. Now, seeing ICE come and separate our community, that neighborly love is under attack. Sheriff Schmaling should be protecting our community, but instead he is stigmatizing and criminalizing Latinos.”

“Sheriff Schmaling’s abhorrent statement is right out of Trump’s playbook,” said Christine Neumann-Ortiz, Executive Director of Voces de la Frontera. “He is using a handful of people accused of crimes to spread racial animus and try to slur an entire community. Immigrant families and supporters are organizing to demand an end to the ICE arrests in Racine, and to demand that Sheriff Schmaling stop aiding Trump’s campaign of terror against immigrant families. Sheriff Schmaling is undermining his mission to promote public safety by helping Trump separate families and creating fear in the community of local law enforcement. Schmaling’s vile statement is part of a white nationalist propaganda campaign to fan the flames of hatred against immigrants and Latinos.”