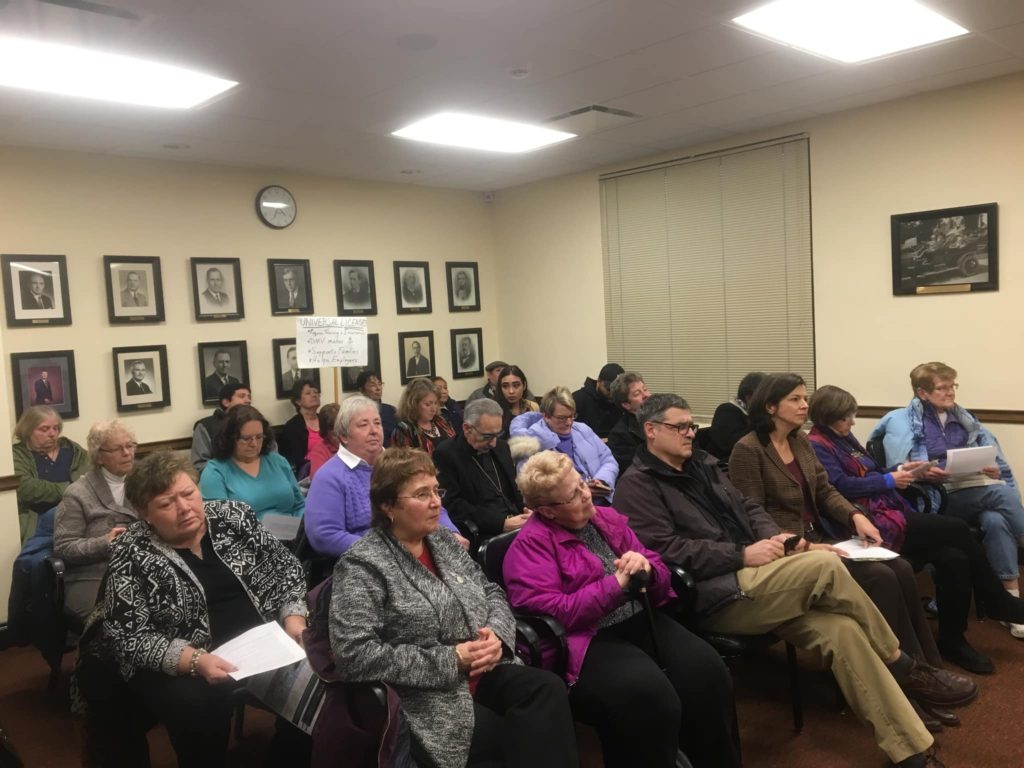 Friday, January 11, 2019
RACINE, WISCONSIN – On Thursday, the City of Racine Affirmative Action and Human Rights Commission unanimously approved an advisory resolution endorsing the restoration of access to driver license access to undocumented immigrants and those who have lost their licenses due to unpaid fines. A similar resolution was passed by the Racine Unified School Board last month. The full Racine Common Council will vote on the resolution on Tuesday, January 15th at 7pm in the Common Council Chambers at Racine City Hall, 730 Washington Ave., Room 205. If the resolution is passed, Racine will become the first municipality in Wisconsin to formally support the restoration of driver licenses.

“Many of my family and friends have gone through the struggle of losing their driver’s license over unpaid fines,” said Jacquez Woodley, a student at Horlick High School and member of Youth Empowered in the Struggle (YES), the youth arm of Voces de la Frontera. “A mother shouldn’t lose her driver license for choosing to feed her children as opposed to paying a fine. A father should not have to work day and night to pay off his parking ticket debt and not be able to see his family. When the state chooses to take away a poor, working person’s driver’s license they are not only taking their license but their dignity – their ability to provide for their families and to continue to be a contributing member of this community.”

“Many of us are stuck in constant fear of being stopped by the police and not knowing if we’ll get a ticket or be deported,” said Luis Tapia, a student at Horlick High School and member of YES. “My parents wake up every morning to work and have to go all the way to Kenosha. They shouldn’t fear going to work and being pulled over by the police, being detained, and being deported.”

“Local government is closest to the people,” said Alderman John Tate II of Racine, the sponsor of the resolution. “It is important that we take initiatives and stances that clearly state to our higher levels of government what solutions need to be implemented to support the people we represent at the local level. Restoring driver licenses for all is definitely an issue that affects us at the local level, and that’s why it’s important for the city of Racine to take this position and stand with our residents.”