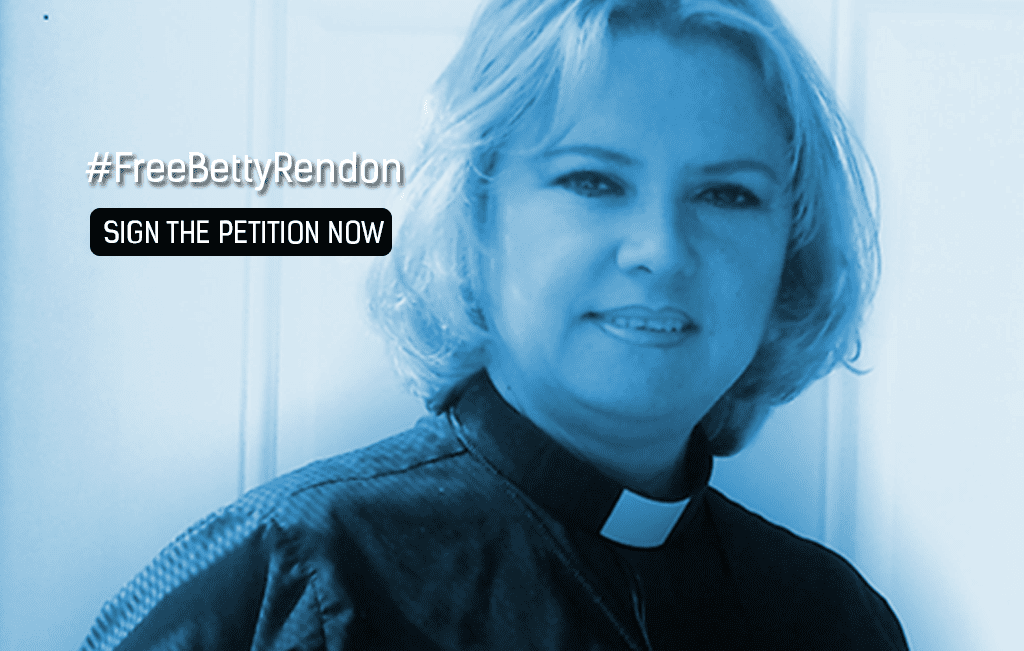 Voces is asking supporters and members to sign and share with your networks this online petition in support of Pastor Betty Rendon and her husband Carlos Hincapie. This is an ongoing situation after an immigration raid on May 8th 2019 in which Pastor Betty, her husband, a relative, their daughter, and granddaughter were were all swept up by ICE agents at gunpoint in their Chicago home. Their daughter, Paula Hincapie, is a recipient of the Deferred Action for Childhood Arrivals (DACA) program. Despite this protected status, it was the intention of ICE to arrest and deport her.

Following a community vigil in solidarity with Pastor Betty and her family outside of the Kenosha detention center in Kenosha Wisconsin, Pastor Betty and her husband, Carlos, were transferred to the Pulaski Detention Center in Ullin, IL. The other family member who was arrested, Felipe, was also transferred to McHenry Detention Center in Woodstock, IL. Since Felipe was not receiving necessary medical care he accepted a stipulated removal order of deportation to access medical care. It is urgent that their be a strong public outcry to achieve the release of Pastor Betty and her family. This family’s experience highlights the actual implementation of the Trump administration’s “shock-and-awe” plan to arrest and detain thousands of parents and children in a targeted operation against families in major cities across the U.S.

The release of Paula from the threat of deportation and the reunification with her 5-year old daughter is an example of what’s possible when people unite and decry abuse of power, human rights violations and the misuse of public resources. However, this family’s fight is far from over.

Sign the petition below directed to: Louis Zamora, Acting Field Office Director of United States Immigration and Customs Enforcement (ICE) to approve the stay of removal from deportation for Pastor Betty and Carlos Hincapie. It also calls on them to be released from detention so that they can be reunited with their daughter, granddaughter, their congregation and community.