By admin on February 14, 2019 in News, Press Releases
Thursday, February 14, 2019
MILWAUKEE – According to news reports, the House and Senate appear headed toward a vote on a funding bill that would, among other things, provide $1.375 billion to build 55 miles of border walls and increase the budget of Immigration and Customs Enforcement (ICE) by over $500 million. Voces de la Frontera released the following statement in response:
“We oppose this bill, which builds more border walls and increases ICE’s capacity to imprison and separate immigrant families,” said José Flores, President of Voces de la Frontera. “In the last election, voters resoundingly rejected Trump’s cruel attacks on immigrants and refugees. There is a broad consensus in this country against building more walls. We need to pass the clean Dream Act to provide a path to citizenship for the immigrant youth and refugee families now threatened by Trump’s decision to end the Deferred Action for Childhood Arrivals (DACA) and Temporary Protected Status (TPS) programs. We need to pass a broader path to citizenship for the millions of undocumented people who call the United States home.”
“During this time of abuses at the border and terrifying raids throughout the country like the raid last September in Wisconsin, we need Congress to use the power of the purse to hold ICE and Customs and Border Patrol accountable for their abuses and stop Trump’s campaign of terror against immigrant communities,” continued Flores. “This bill will cause more deaths at the border and wills separate more families in places like Wisconsin, and so we are urging our elected representatives to oppose it.”
Contact: Sam Singleton-Freeman, 414-469-9206 sfreeman@vdlf.org 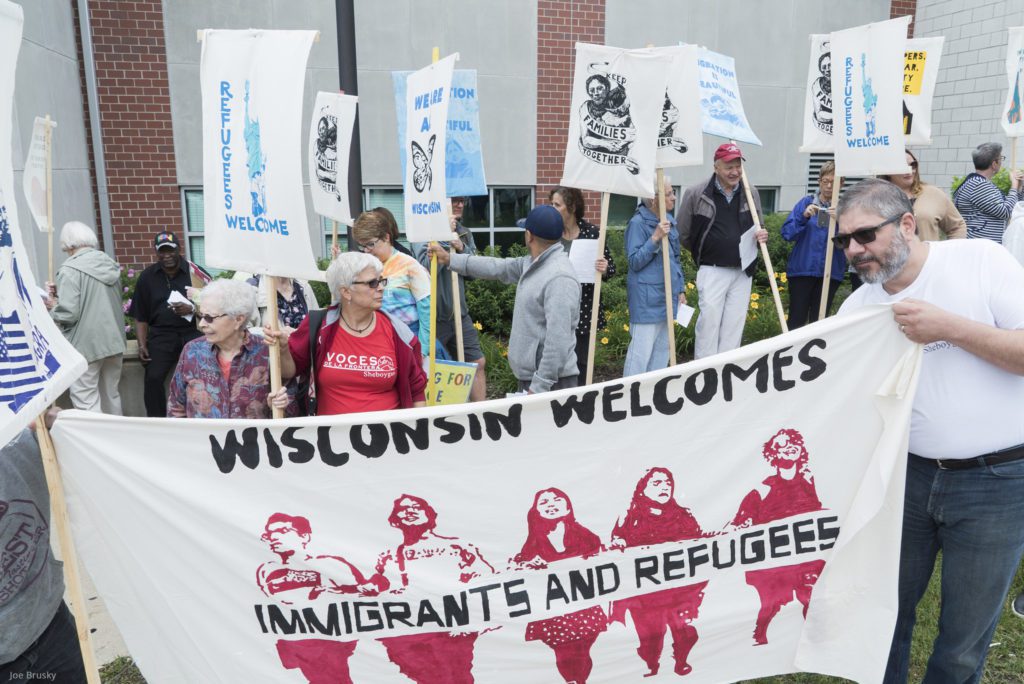