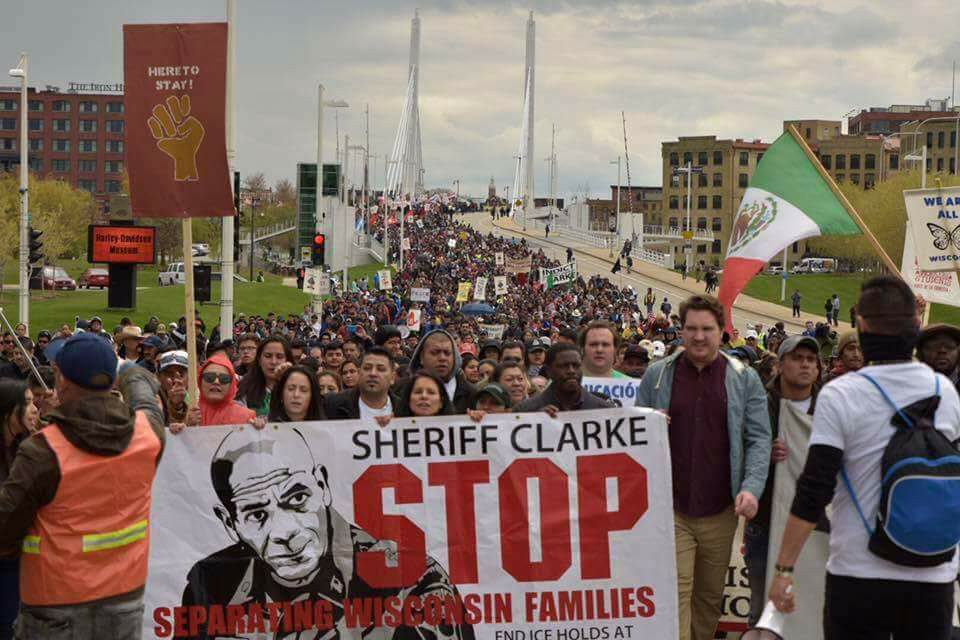 MILWAUKEE – On Saturday, the Washington Post reported that Milwaukee County Sheriff David Clarke has told the Trump Administration he no longer wishes to be considered for a position in the Department of Homeland Security. Voces de la Frontera issued the following statement from Executive Director Christine Neumann-Ortiz:

“Thanks to Voces de la Frontera’s organizing and pressure from elected officials, survivors of Clarke’s abuses, the Coalition for a People’s Sheriff, and the tens of thousands of people who went on strike and marched twice this year to resist Clarke’s efforts to bring 287g to Milwaukee, Clarke’s record of abuse has been exposed nationally and internationally. We continue to urge Governor Walker to remove Clarke from office until the people have an opportunity to elect a new Sheriff in 2018. Clarke’s outrageous statements have contributed to a culture of death and torture in his department. His belligerence toward African Americans, Latinxs, Muslims, LGBTQ people, and anyone that disagrees with him or tries to hold him accountable seriously undermines public safety. He is unfit for office and should be removed immediately.”