You are here: Home › News › Don’t Deport Green Bay Grandpa Stopped for Driving Without a License! 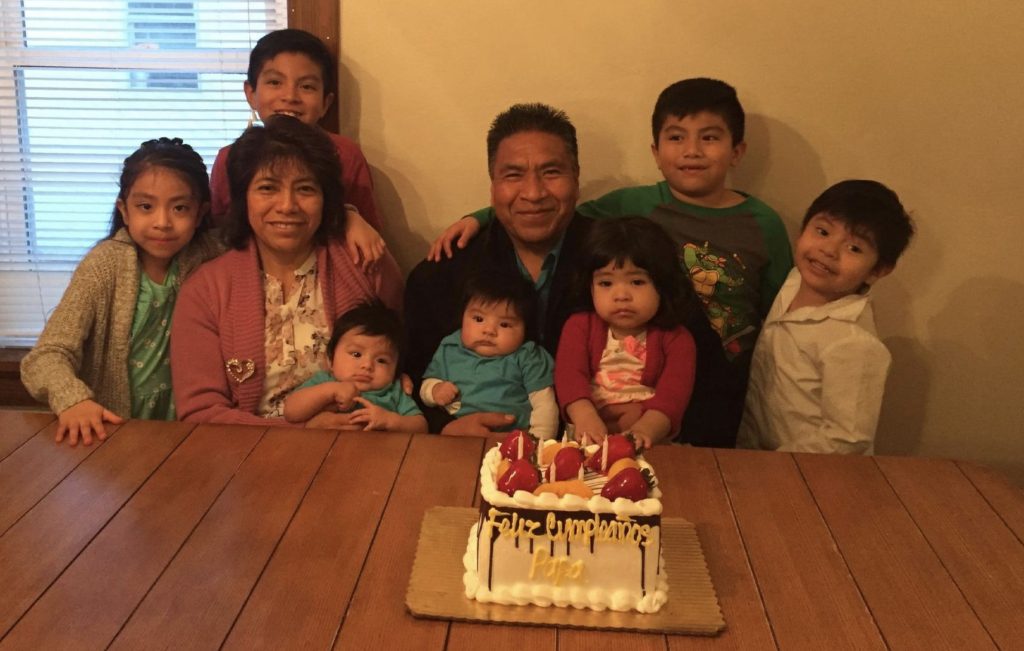 Raymundo Martinez-Moreno, center, with his wife and seven of eight grandchildren. Click here to read the Milwaukee Journal Sentinel article about their story.

Raymundo Martinez-Moreno is a hardworking family man. He and his wife have been married for 35 years, and have lived in Green Bay since 2001. They have two children and eight grandchildren, all of whom live in Green Bay.

In 2017, Sr. Raymundo was stopped for driving without a license, and now ICE is trying to deport him. Please take 1 minute to send an email to ICE Chicago Chief Counsel Karen Lundgren and urge her to stop Sr. Raymundo’s deportation. Scroll to the bottom to sign. Want to collect signatures in your workplace, place of worship, school or community? Click here to print a sheet to gather signatures.

Sr. Raymundo and his wife have been active members of Voces de la Frontera, helping to organize community members to travel to Milwaukee and Madison for marches as part of the campaigns against anti-sanctuary legislation and in support of restoring driver licenses for immigrants. Sr. Raymundo works in landscaping and snow removal. He is active in his church, City of Hope, and has been an usher in this and other churches for the past 12 years.

In July 2017, Sr.Raymundo himself was pulled over for driving without a license. Immigrants who do not have a Social Security Number have not been able to obtain a valid driver license in Wisconsin since 2007. Sr. Raymundo thought he just had to pay a fine, but he actually had been assigned a court date. When he did not come to court, the court issued an arrest warrant. In May 2018, Sr. Raymundo was stopped and taken to jail based on this warrant. From there, deputies handed him over to ICE.

Aside from being stopped for driving without a license, Sr. Raymundo has no criminal record. He is a loving father and grandfather whose family need him here in Wisconsin. Separating this loving family will traumatize Sr. Raymundo’s children and grandchildren and harm our community. Join us in urging ICE Chicago Chief Counsel Karen Lundgren to use her power to halt Sr. Raymundo’s deportation.

Note: Because signing this petition sends an email to ICE, we invite U.S. Citizens and residents to sign this petition, and we ask undocumented people to invite others they know to sign in solidarity with this family.

Through the Budget or as Standalone Legislation, Wisconsin Must Restore Driver Licenses & In-State Tuition for Immigrants
Support these businesses that closed on May 1st!